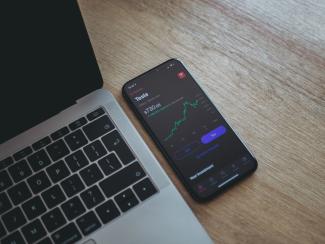 We are over a week past the midterm elections, and most of the races have been decided.  The Democrats will seemingly end up with 50 or 51 Senate seats, on the high-end of expectations.  The Republicans seem likely to achieve a small majority in the House - leading us to a split Congress, but by a knife’s edge.  Any Congressional death or retirement in the coming two years could have far more significance than usual - but for now, Washington gridlock may ensue.  I have written many times in many forums that a Democratic president and a split or Republican-leaning Congress has historically coincided with the best stock market returns - we will see if this is the case between now and late 2024.

The S&P 500 is 11.5% above its lowest October 2022 close, which was also the lowest close of 2022, and that occurred October 12th at 3,577.  We are just below 4,000 at the 3,992 level on this index.  Round numbers can act in the short run as a ceiling, so I am not shocked it is taking a few days to get firmly above 4,000, but I remain hopeful the market will do so.  The market traded at or through that same level on September 13th, August 30th, July 21st, June 9th, and May 9th.  The story of 2022 thus far has been a terrible January and February - an ebullient March - and then a bad start to the second quarter.  Again, right now we are trading right where we were May 9, 2022- the S&P 500 has treaded water almost exactly for 6 months!  When the S&P 500 falls from an all-time high by 20% or more it takes about 2.5 years, historically, for the index to recover to its previous high.  This would put us back to the all-time high 4,802 level around summer 2024.  If that were to occur the math says we would earn 20% in the next roughly 20 months.  Of course, anything can happen in the future, but results in the past gives us at least a metric to compare the current performance and potential recovery against.

A word on interest rates.  Now is a bad time to owe money in basically any form - from car loans to credit cards to mortgages, taking on new debt is going to require a higher payment than any other time in recent memory.  Use cash where possible, but of course that comes with a big caveat - the cash you would use to reduce or eliminate the debt payment is now back to earning a decent interest rate from either banks (CDs) or insurance companies (fixed annuities).  CDs are taxable but offer FDIC insurance up to certain limits - Fixed annuities are tax-deferred but the annuity owner is relying on the claims’ paying ability of the insurer for the committed period.  I am seeing CDs now in the 3% range locally and 4% range from online banks.  I personally represent fixed annuities from various insurers in the 4.8%-5.6% range for commitment periods ranging from 3-5 years and contributed monies of at least $20,000.  CDs are generally more appealing to clients under about 55 years of age and fixed annuities more appealing above that age, due to the tax and liquidity differences.  Please reach out to me personally if you would like to kick the tires on these topics.