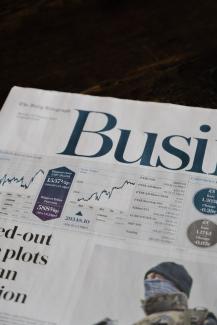 Some Thoughts on Market Pundits

Some quick thoughts I don’t think I’ve ever shared before in written form:  be careful what market pundit or even news source you follow or receive market information from.  In this case I don’t mean a political bias as much as the bias of the person giving you the information, personally.  Some people represent firms that do one thing, or primarily one thing.  I do not need to hear about the positives in the small-cap space from a small-cap manager, nor would I care about the positives of indexing from a representative of Vanguard - that shop invented indexing, more or less, so that’s like hearing from Heinz about the benefits of ketchup.  More nuanced examples are hedge fund titans who tend to short the market - they are typically going to speak about how overpriced a given company is, supporting their thesis - or a large-cap value manager extolling the virtues of dividends.

Finally, there are individuals who are perma-bears or perma-bulls.  Years ago David Tice became famous managing “The Prudent Bear” fund, which essentially was betting against the stock market at all times- what do you think he promoted when he was a guest on television?  Similarly in more recent times, Dr. Nouriel Roubini’s long-earned media-given-nickname is “Dr. Doom” so when I see an article like this one I don’t even bother clicking.  On the other side of the coin, I have seen Tom Lee of Fundstrat for years pound the table for stocks, claiming they are undervalued now or due to rise tomorrow.  Here is the latest example of his constant mantra.

This is not to say these are not smart individuals or that their points do not have merit - I am just reminding you that most people you read or see on tv talking about the market either have an agenda that pays them to say what they’re saying, or else they believe so ardently in their position that they rarely if ever argue the opposite way.  Other famous “perma-bulls” I can think of include Larry Kudlow and Dr. Jeremy Siegel.  Dan Nathan, of RiskReversal Advisors, always seems to be waiting for the other shoe to drop, and I would say the same thing about the industry veteran Jeremy Grantham of GMO, though I respect them both.  Perhaps the most famous stock picker, Jim Cramer, changes his tune so OFTEN and gives so MANY different recommendations that I am not sure how useful his thoughts are at all.

I’ve always liked Dr. David Kelly’s takes on the market (he is the Chief Global Strategist for J.P. Morgan).  I saw him speak at a conference and to paraphrase him he said “The problem with a stock chart that looks like a skyscraper going up is that the skyscraper usually gets finished!”  I appreciate Guy Adami and Tim Seymour of CNBC’s “Fast Money” fame.  Karen Finerman, of that same show, is one of the most honest straight-forward money-managers you will ever hear from.  Josh Brown and Carl Icahn are separately smart, engaging, and entertaining.  My whole point here is just be careful of who you listen to about the market, and why.  Unless you pay a TON of attention, you won’t really know a person’s bias or agenda related to their comments, so tread lightly on any given “hot take” related to the markets.